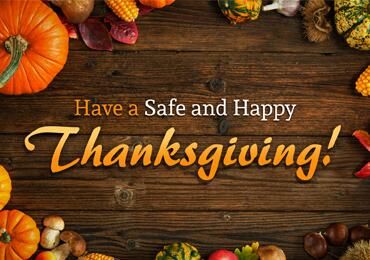 A few things you should know about Thanksgiving

What this holiday means to Internet Business Ideas and Marketing LLC, is a time to be THANKFUL for all the tribulations and blessings that God has presented in our life. This is a day of remembrance of Native Americans whose land was taken away from them and honor the strength of their descendants. We also use this as an opportunity to spend time with family and friends while serving others in need.

When it comes to the national holiday of Thanksgiving there are many aspects one should know. In relationship to business you should know that the day of, before, and after Thanksgiving is one of the highest consumer spending times of the year. Make sure you have a good marketing strategy for holidays all year round. If you don’t have one or interested in starting a campaign contact us today for some assistance.

Thanksgiving Day is a national holiday in the United States. In 1621, the Plymouth colonists and Wampanoag Native Americans shared an autumn harvest feast believed by some scholars to be the first Thanksgiving celebrations in the colonies. A Native American named Squanto taught the Pilgrims who was weakened by malnutrition and illness, how to cultivate corn, extract sap from maple trees, catch fish in the rivers and avoid poisonous plants. He also helped the settlers forge an alliance with the local tribe called Wampanoag. In 1863, in the midst of the Civil War, President Abraham Lincoln proclaimed a national Thanksgiving Day to be held each November.

Some traditions on Turkey Day is enjoying a gluttony of delicious food like Macaroni and Cheese, Turkey, Stuffing, gravy, rolls, baked ham, Yams, Cranberry Sauce, Potatoes, Pumpkin Pie, greens, and many other delicious delicatessens. I think I gained 10lbs just talking about it. Most of the things on that menu probably wasn’t consumed at the original feast. My mother’s (and tens of millions of people) favorite activity is watching the Thanksgiving Parade. Over 16 million people watch Football and other sports while enjoying their second piece of pie. One of the most unusual traditions is the pardoning of Turkeys by the president and governors.

This blog is a broad stoked explanation of Thanksgiving and I encourage everyone to do their own research to understand the history of the holiday. Regardless of how you spend this day may you do it with empathy, love, understanding, and joy.