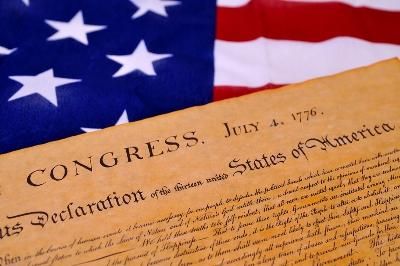 Why do we celebrate July 4th?

July 4, 1776 wasn't the day that the Continental Congress decided to declare independence, that was done on July 2, 1776 which it was signed. The start of the American Revolution happened in April 1775. Thomas Jefferson wrote the first draft of the Declaration of Independence in June 1776. The Declaration wasn't delivered to Great Britain until November 1776. Did you know that majority of blacks and people of color were still slaves? So this day isn't a celebration of independence for all Americans.

The Continental Congress approved the final wording of the Declaration of Independence on July 4, 1776. They'd been working on it for a couple of days after the draft was submitted on July 2nd and finally agreed on all of the edits and changes. July 4, 1776, became the date that was included on the Declaration of Independence. The handwritten copy that was signed in August 1776 is now displayed at the National Archives in Washington, D.C.

In 1811 as the American Colonist were battling the Native Americans (Native Indians) and others to expand territory, the British restrictions on U.S. trade increased. The Colonist (United States) disapproved and decided to take on the greatest naval power in the world, Great Britain. This is commonly know as the War of 1812. Printed copies of the Declaration began to circulate again, all with the date July 4, 1776, listed at the top. This propaganda was a reminder in order to bring all the colonies together which was needed to wage such a war.

After liberating from the British, celebrations of the Fourth of July became more common as the years went on. In 1870, almost a hundred years after the Declaration was written, Congress first declared July 4 to be a national holiday as part of a bill to officially recognize several holidays, including Christmas.

Although this is a broad view of the history of this holiday I always recommend doing your research to know more about the history of this country. Knowing your history will aid in not making the same mistakes again. This is true for all facets of life.