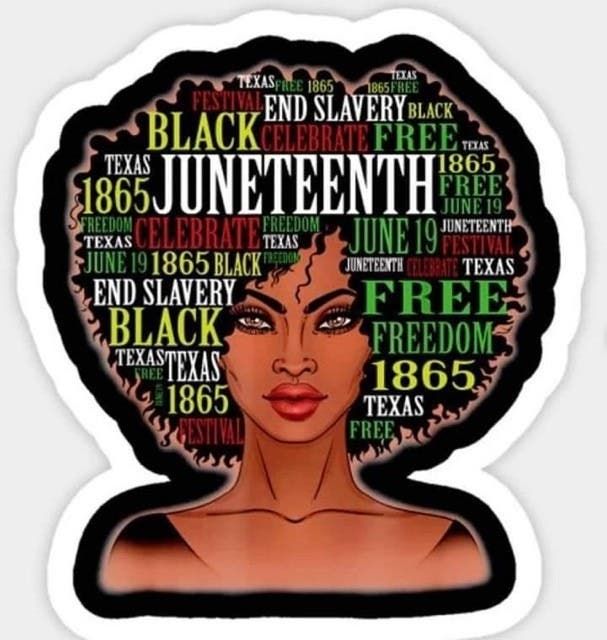 Juneteenth is A National Holiday!!

I first want to say congratulations to the United States. This is a step in the right direction to educate others. Most Americans have no idea what Juneteenth is about. Many Americans wonder why did it take so long. Plenty of Americans feel this should be one of the most celebrated holidays of the year. During this brief 2 minute read you will learn what is Juneteenth and why it’s important to many Americans. As a celebration of this momentous national holiday, Internet Business Ideas and Marketing is offering FREE STUFF. It will be mentioned in this blog. Contact us anytime for information about our services.

I grew up in an overwhelmingly Caucasian community. In my experience the California school systems, state, and federally sponsored platforms didn’t spend much time educating people on minority especially African American history. For many reasons this is wrong and not beneficial to the advancement of this wonderful country of mine. I was privileged to have parents who educated me on African American and various other historic events concerning minorities. Didn’t retain much in my youth but the foundation was set. Thank you, Mom and Dad.

Juneteenth has historically been celebrated on June 19th throughout the United States. Combining the month of June and the nineteenth evolved the name Juneteenth. Juneteenth is now officially known as “Juneteenth National Independence Day”. With the efforts of many such as the teacher and activist Opal Lee, President Joe Biden officially signed it into law a few days ago on June 17th 2021. In 1862 President Lincoln outlawed slavery with the Emancipation Proclamation. A few years later on June 19th 1865, General Gordon Granger of the Union Army announced “Order No. 3” proclaiming the freedom of 250,000+ slaves in Texas. Reports show there was hundreds of thousands of African American slaves throughout the U.S. even after "Order No. 3". Additionally, Native American Territories that had sided with the Confederacy, namely the Chotoctaw, were one of the last to release those enslaved, in 1866.

The Civil Rights Act wasn’t passed until 1964 meaning legally African Americans were considered second class citizens and didn’t have equal rights until the 1960’s. On paper African Americans were “free” after the Civil Rights Act but there were many obstacles that has and still is severely hindering the advancement of blacks in United States. I’m not going to discuss all those events but here is a list of a few and I suggest doing your own research.

Although this holiday is a step in the right direction there is a lot more work to be done. I hope in the future we celebrate Juneteenth National Independence Day with as much or more jubilation as we do the Fourth of July. For this holiday celebrates what the United States of America is about "....... All men are created equal ........". A symbolic date to celebrate when everyone is physically free in this country. When one is educated, you gain perspective, empathy, and knowledge. I love the opportunities that our country has to offer. I encourage educating yourself, having an open mind, and respectable conversations concerning these topics with those who have been affected by the travesty of events mentioned above.

The goal of this short and broad stroked blog is to provide more insight for all and encourage togetherness. We have more in common than we do differences. Together we are stronger and can accomplish anything.

In honor of Juneteenth, Ibi Marketing is offering a few awesome deals:

·Free evaluation for ALL businesses concerning your online marketing initiatives with recommendations (valued at $1,500+).

· Minority owned businesses can get a mobile app with a monthly payment of only $119/month.

You must schedule your appointment during the month of June ending July 1st. Minority owned business is considered majority owned by a person of color and/or a woman. Mention you read this article to take advantage of these fantastic opportunities.

As always feel free to contact us for our other services SEO, Pay Per Click Marketing, & Social Media Marketing. God Bless the Unites States of America and the world we live in.