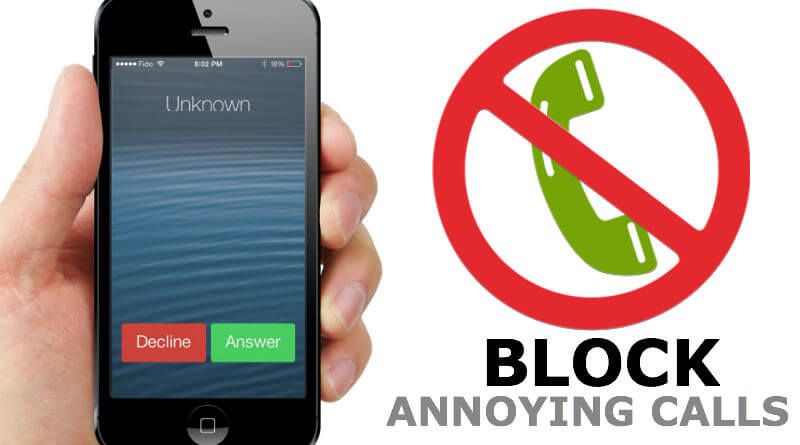 How do I block telemarketers from calling my cell phone?

If I had a dime for everyone who asked me this question over the years I would be wealthier that Warren Buffett or at least Lebron James. Please tell m who really likes getting called by scammers telling you that you owe the IRS? Eating dinner and a telemarketer acting as if you are the rude one.

Calls from political campaigns, debt collectors and charities are all permissible. What's not allowed are the calls from the fake IRS agents or the companies that claim you won a free vacation to the Bahamas. According to the FCC, there are some easy steps you can take to help reduce robocalls:

If someone calls you and claims to be with XYZ company, hang up and call the company yourself. Use the company's website to find an official number.

If you do answer a call and hear a recording such as "Hello, can you hear me?", just hang up.

The same goes for a call where you're asked to press a number before being connected to a representative.

·When you answer a call and interact with the voice prompt or by pressing a number, it lets the spammer know your number is real. They can then sell your number to another company, or begin targeting your number more frequently.

If you find yourself receiving a lot of spam text messages, you can forward the message to the number 7726 (spells SPAM). It won't block the number from texting you right away but it will allow your carrier to look into where it came from and put an end to it.

Another way to block spam (or better known as robo calls) on your cell phone is to register your landline and mobile phone number with the FTC's Do Not Call Registry. Apple iPhones and Android phones come with built-in features for blocking specific phone numbers. There are also several third-party apps—such as Nomorobo, and RoboKiller—work to block telemarketing calls. Here are a few other options:

Truecaller: Seeing an unknown number pop up on caller ID might be enough to keep you from answering. But what if you're waiting on an important call and the number isn't in your contact list? Answering these calls can be like playing Russian roulette. The caller might be the person you've been waiting for, or it could be a dreaded scammer. You need a way to know before answering and now you have one.

Hiya: Allows you to block calls, blacklist unwanted phone numbers and text messages, reverse phone search incoming call information and receive spam alerts. The app is powered by a database of hundreds of millions of phone numbers confirmed to be spam by other users. The app identifies and blocks robocalls, telemarketers, and fraudulent calls like IRS scams. It can also identify unknown spam callers in real-time so you always know who's calling

Call Control: Call Blocker app automatically blocks spam calls and calls from other numbers you don't want to hear from. You can also block entire area codes like 888 if you're getting tons of calls you don't want from a particular location. Worried about missing out on important calls? Call Control gives you your own personal Whitelist and Contacts Protection to make sure people you know get through

I recommend going to all the above recommended solution webpages for more details on their products.